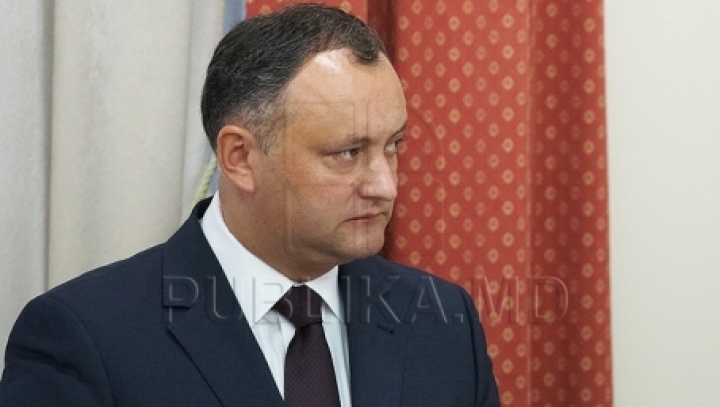 Socialist presidential hopeful Igor Dodon says – if president – he will forbid the unionist (with Romania) ideas, as threatening the state security.

"Lately, the ones openly standing for liquidating Moldova manifest themselves more actively and aggressively. I’ll undertake all the necessary actions to ban the unionism in Moldova, by law. Any kind of unionism: the ones who want to join the West or the East," the PSRM leader stated.

If elected president, Igor Dodon vows to change the members in the Supreme Security Council, accepting only officials with Moldovan citizenship.

Dodon plans to change the Education Code and introduce Moldova’s history as a subject, instead of the history of the Romanians.

In the economic sector, Igor Dodon stands for closer relations with Russia and stabilizing the banking sector.