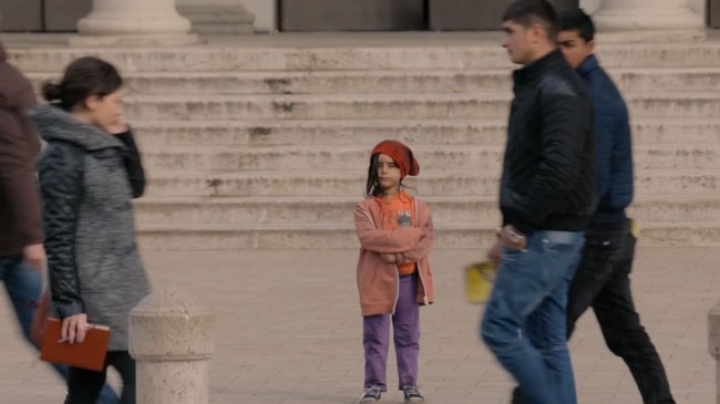 The experiment, posted some 15 hours ago on Facebook, shows a well-dressed six-year-old named Anano standing alone on the streets of Tbilisi, Georgia. Hidden cameras, meanwhile, capture the reactions of passersby as they stop to ask little Anano her name and if she is lost. Moments later, the same junior actor is dressed as a homeless child and asked to stand in the same place. This time, no one even looks at her, let alone ask her if she needs help.

The team then conducts the same experiment in a restaurant after placing cameras all over the premises. The reactions that follow are similar to those seen earlier, except that while people could ignore the 'homeless child' on the street and simply walk away, they can't in the restaurant.

Anano can be seen walking from one table to another, even sitting down at a few, making it harder for people to look away from her. How people react is so heartbreaking for Anano, the experiment had to be stopped midway.

The video proves the point it set out to make - that millions of children are treated with disdain or indifference when they genuinely need help and kindness.

The video is currently going viral with over 1.4 million views.