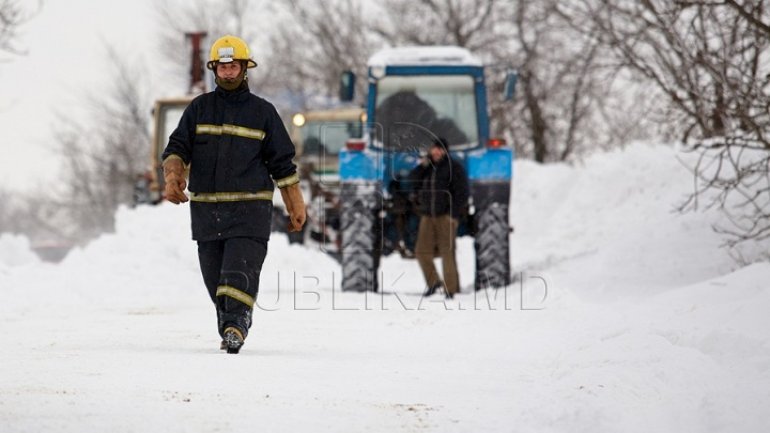 At the same time, dozens of schools are closed because of cold weather. The information has been disclosed at an emergency meeting convened by Prime Minister Pavel Filip.

Six heavy trucks have been got out of snow by rescuers in Căuşeni district.

According to the Transports Ministry, as many as 230 vehicles and 185 workers are employed to cleanse the national roads, as 540 tonnes of anti-skid material have been scattered over the asphalt.

150 police crews and over 300 police inspectors patrol national roads. In Leova, a team found a family stuck in snow and took them home.

According to the Health Ministry, the low temperatures caused many cases of frostbites and hypothermia. Nin schools and 25 nurseries are closed in 11 districts.

Meteorologists predict the air temperature will rise to -5 degrees Celsius as weak snowfalls are expected on January 12 - 14.