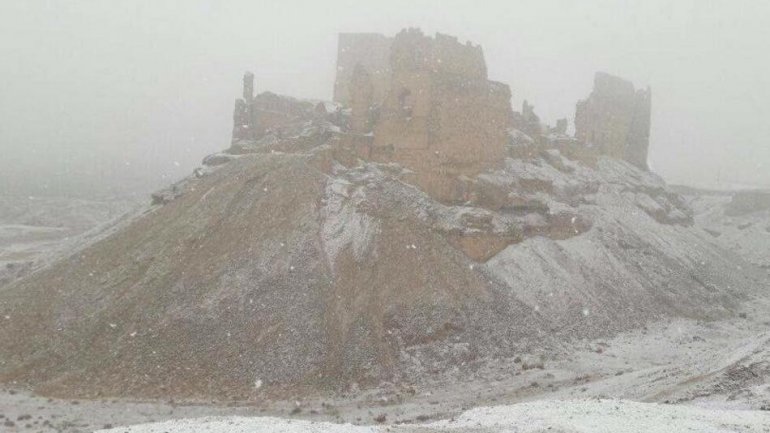 Heavy snowfall and freezing conditions in the northern Syrian province of Deir Ez Zor have added to the difficulties of locals in the area displaced by fighting, Independent informs.

The arid province, which is mostly desert, gets barely any rain and some areas had not seen snowfall in more than a quarter of a century until freezing conditions hit over the weekend.

The UN’s partner agencies on the ground had been trying to get people to move to the town of al-Hawl to the northeast, which is better set up for internally displaced persons (IDPs), but thousands are still thought to be enduring the cold in inadequate shelter without proper clothing and fuel.