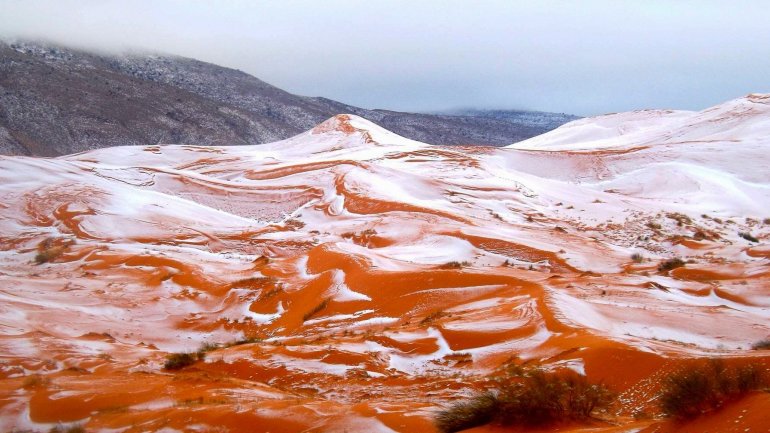 For the second time in living memory, snow has fallen on the Sahara desert, according to metro.co.uk.

And the pictures are incredible.

Meaning that even the Sahara – which has an average 30C temperature – has seen more snow than Britain this year.

Amateur photographer Karim Bouchetata captured the moment that one of the driest and hottest regions of the world became a winter wonderland for the first time in 37 years.