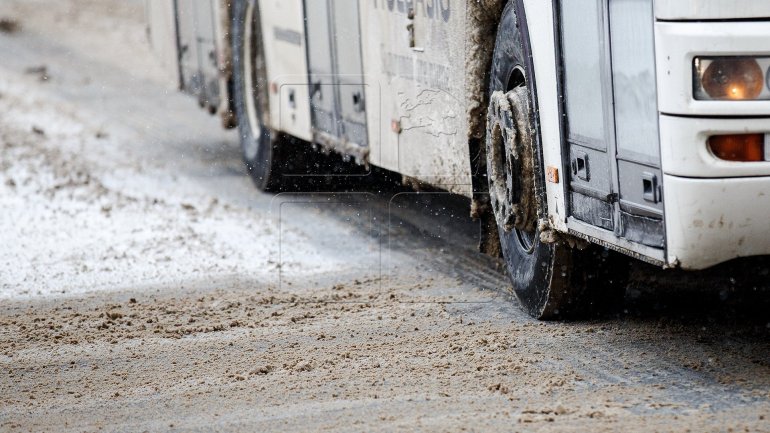 A snow storm is affecting the whole of Moldova, while the roads were covered with salt and sand.

Therefore, patrol inspectors are checking if all buses have put on snow tires. At the same time, drivers who are not respecting the standards are stopped and forbidden from driving.

According to representatives of the National Patrol Inspectorate, in Moldova, to ensure traffic safety and assist citizens were dispatched 126 teams and 277 patrol officers. All patrol teams are also properly equipped to be able to offer assistance to citizens if the need arises.

During the night, in Republic of Moldova, 37 cars and 2 trucks were dug out, as well as an ambulance carrying a child in critical state in Cornești. In Fălești district, a car containing a family with two children required help, all natives of Bocșa village.

In the past 24 hours on the national roads were registered 5 car accidents, with no causalities, but 8 injured.

National Patrol Inspectorate urges people to not hesitate to request assistance from a nearby patrol team, or call 902.