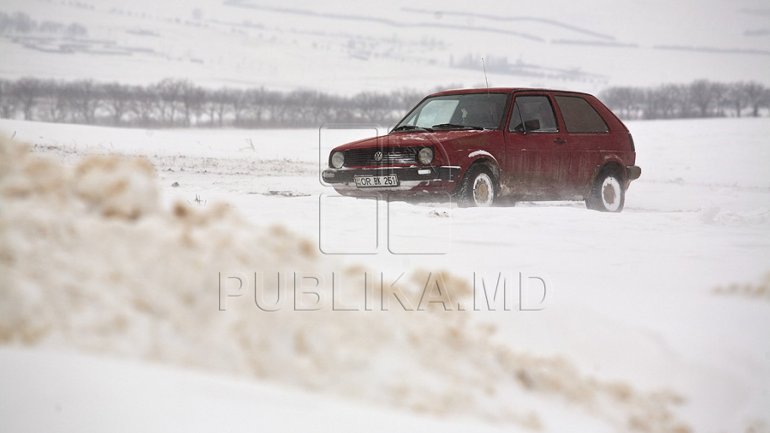 (UPDATE 14:37) On some portions of the National Road R30 (Căușeni-Ștefan Vodă) movement is difficult. Police urges drivers to be more careful.

(UPDATE 14:36) Near Ciobanovca settlement, Anenii Noi (R30), the road is currently snowed in.

(12:43) In Anenii Noi, Basarabeasca and Criuleni districts visibility is low, while the strong wind causes the snow to gather in a single spot. According to representatives from National Patrol Inspectorate, in some places, the snow reached to 50 cm. Winter service vehicle are working in those districts.

At the same time, law enforcement warns that movement was suspended from Anenii Noi to Căușeni,  R-30 near the road curve on the 20th km.

The following roads are blocked:

General Inspectorate for Emergency Situations urges citizens to not hesitate to call 901 and 902 when the need arises.