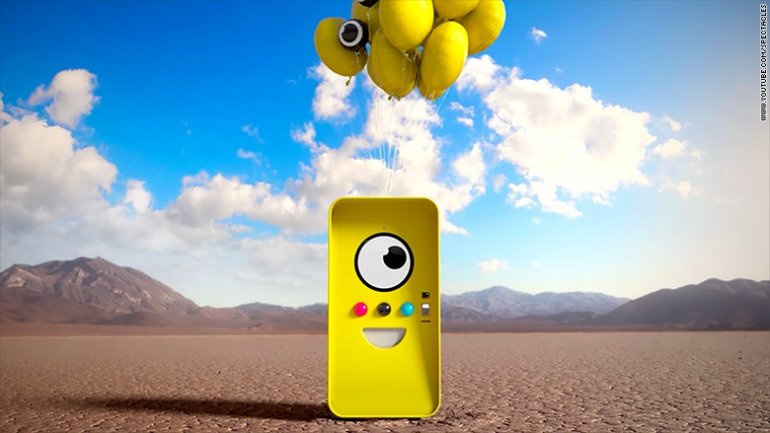 Snapchat is now selling smart sunglasses from a smiling yellow vending machine that it just deposited near a beach in California, CNN reports.

Yes, you read that sentence correctly.

Snapchat unveiled a new line of funky sunglasses with a built-in wireless video camera in September, marking its first big move from apps to hardware. At the same time, the company renamed itself Snap Inc.

Now those glasses, called Spectacles, are finally going on sale for $129.99, but there's a catch.

The company is only selling the glasses from unusual anthropomorphic vending machines called Snapbots, which look more than a little bit like Minions.

The first (and so far only) vending machine "landed" near Snapchat's headquarters in Venice Beach on Thursday. Snapchat has created a map for customers to keep track as additional vending machines are added or relocated.

It's unclear how many vending machines Snapchat intends to install. Reps for Snapchat did not immediately respond to a request for comment

Some Snapchat fans quickly made the trek to the first vending machine on Thursday morning. By the afternoon, there were Spectacles listed for resale on eBay for as much as $950.