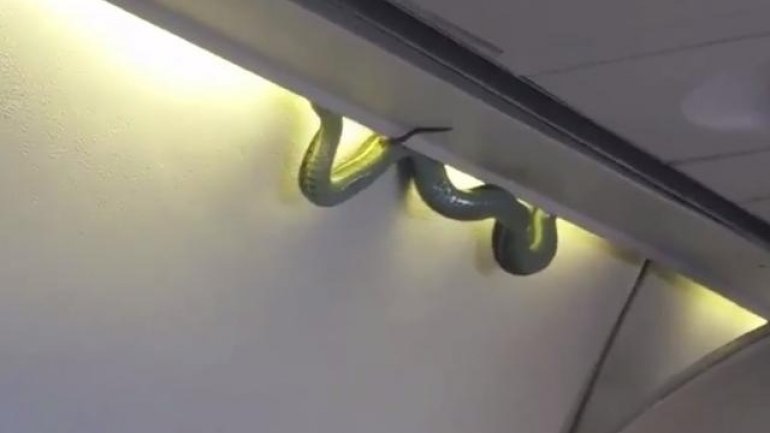 An Emirates flight from Oman to Dubai was cancelled after staff found a snake on the plane, according to BBC.

Flight EK0863 from Muscat was grounded after baggage handlers found the serpent in the cargo hold.

A spokesperson for the airline, quoted by Dubai-based media, said the snake was found before passengers boarded the plane.

The aircraft was searched before re-entering service and arriving at its destination several hours later.

Emirates did not specify the species of snake, nor whether it was potentially dangerous.

But it's far from the first time a snake has tried to travel free of charge on planes from warm climates.