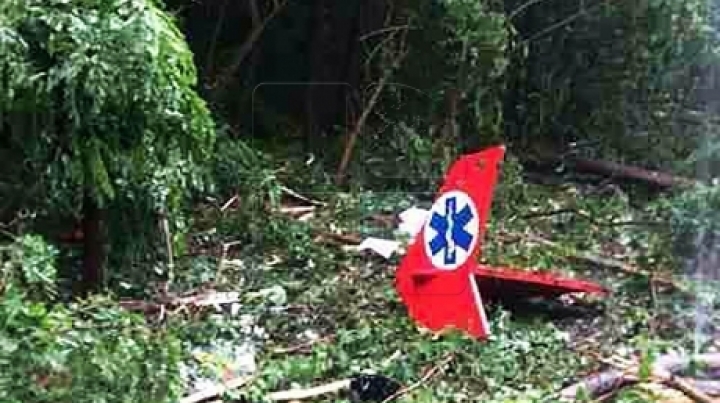 Yesterday’s plane tragedy has left speechless the residents of Haragis village, Cantemir district. The whole community is lamenting over four rescuers. This morning, at the local church was initiated a service, after which all people brought flowers and candles to the site of the crash, in order to commemorate the victims.

The terrific accident has changed the people’s lives from the small village of almost 1,000 residents, which became famous overnight because of a tragedy. Feeling guilty for what happened, people continue to come to the scene of the accident to bring flowers and candles.

The accident is on everyone’s mind. Everyone is talking about how the tragedy could be avoided. They are sure of one thing: the pilots were professional and have tried desperately to avoid crashing on people’s homes.

After almost 12 hours from the tragic accident, on the internet have appeared videos taken by eyewitnesses.

One of the first persons at the crashing scene was Iurie Banari, a young man of 18 years old. He was one of the very few people who managed to film the place of crashing. “The weather was very bad. Fog, heavy shower, moderate wind. You could see only 10 meters ahead, farther it was like a wall”.

Our newsroom has got a hold of recordings of discussions between control tower and pilots of other aircrafts. Air traffic controllers from Chisinau have got into contact with other pilots, asking to contact the crew of the chopper disappeared from the radars. Pilots have tried many times to contact the chopper, but without any result.

PUBLIKA.MD reminds that SMURD chopper departed towards Cahul, around 13:00, to take a patient, USA citizen, that had to be transported to Chisinau. At 14:13, the helicopter has disappeared of the radar and after that has appeared information about its crash near Haragis village, Cantemir district. At the board of the chopper was a crew of four people, a woman and three men, all from Romania. Unfortunately, none of them has survived.