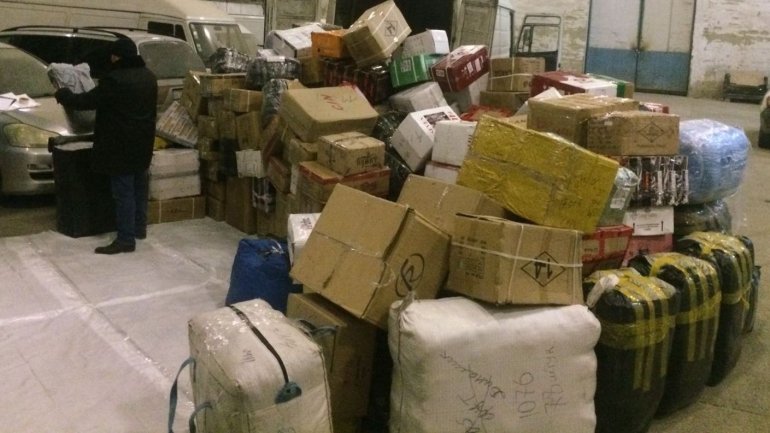 Employees of the Mobile Teams of the Customs Service in cooperation with the Internal Protection and Anti-corruption Service of MAI have dismantled a criminal group specialized in smuggling of consumer goods without accompanying documents. According to information, goods were purchased in the town Cernauti and brought into the country by avoiding customs control posts.

According to the Customs Service, the detention took place yesterday, 8 December 2016, on the route Edinet-Balti, where was stopped a minibus in which there were found several batches of clothing, shoes, computers, peripherals, cosmetics and household products in a total amount of 8 tons. They were transported by an inhabitant of Balti, aged 51, who was detained for a period of 72 hours.

According to preliminary estimates, the value of detected goods exceeds one million lei.

In this case it was initiated a criminal case in which investigative actions are taken to identify all persons involved and to punish them according to the law in force.

Conducting criminal investigations is exercised by the Prosecutor for Organized Crime Combat and Special Causes.