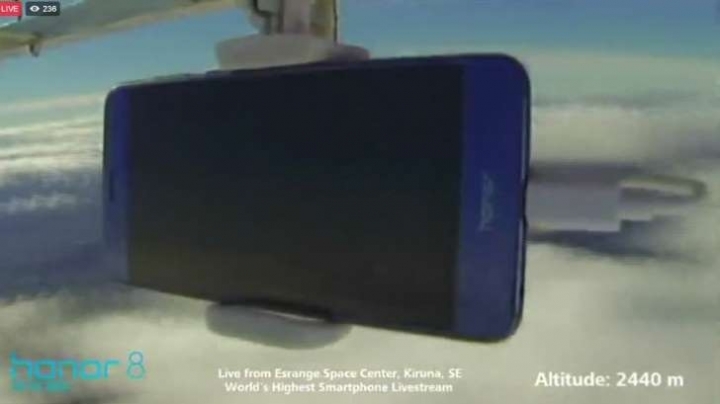 A smartphone attached to a balloon took to the skies on Monday in an attempt to set a record for the highest livestream from such a device, msn.com informs.

The Huawei Honor 8 phone was attached to a weather balloon also carrying a camera and other equipment, and set off from the SSC Esrange Space Center in northern Sweden. The balloon was expected to burst at an altitude of 30,000 metres (98,425 ft) with the device then making its way back down by parachute.

"Hopefully, Guinness (World Records) will accept this as a world record in highest smartphone livestreaming," he said.