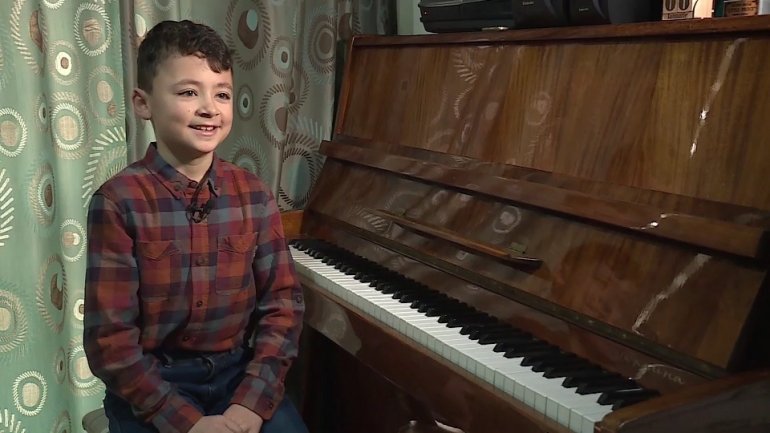 At only 11 years old, Emanuel Oleinic can make the public go crazy and he has one single dram - Bel canto. He can be seen singing opera on the biggest stages of the world, but he still has way to go to reach the level of his trainer, Andrea Bocelli.

Five years ago, Emanuel understood that he wishes to sing opera. Therefore, he works nonstop to make sure this dream comes true.

"Since first grade, since I was 6-year-old, I understood that I wish to be an artist. I tried Bel canto and did great" opera singer Emanuel Oleinic declared.

"He was small and had a cassette player here, at the piano, and would always request me to put on songs. He didn't speak much, but loved listening to music. He would listen and then, regardless of what type of song it was, would accompany it and did it well. Then we decided that it would be good to start" Emanuel's mother, Lucia Oleinic said.

"I cannot study a song without knowing the lyrics. I always know its translation. I wish for Moldova to be known by many people, wish it to be known by the whole world" Emanuel Oleinic declared.

"I begun in Macedonia, in Turkey, was in Bulgaria and recently came back from The Little Prince, where I won the big prize" Emanuel Oleinic stated.

He inherited the talent from his mother, who while young, sung in the church chorus, while his grandfather is a trumpeter.

"Everything depends on him. As a parent I support him, his teacher supports him. All that is left is for him to work hard and have the will" mother Lucia Oleinic announced.

At the moment, Emanuel has in his repertoire four songs.