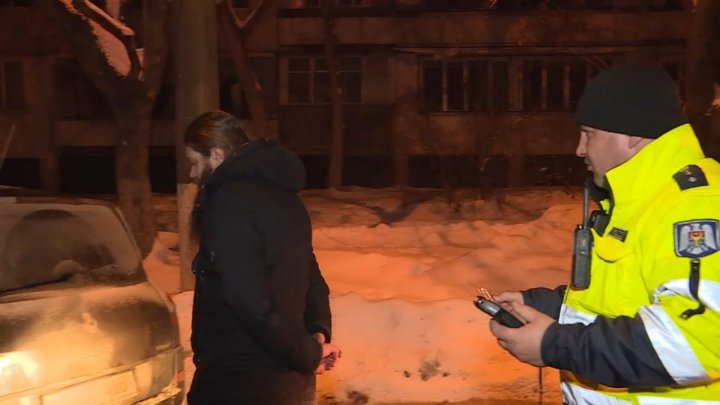 A priest was "taken care of" by Capital police on his birthday. The 29-year-old church servant celebrated his day and got drunk driving on Sunday.

Patrol agents noticed him on a street in the Râșcani sector as he tried to park the car.

Police wanted to help him but immediately noticed the driver consumed alcohol.

The priest refused alcohol test so he was summoned to go to the Narcological Dispensary.

Because he avoided filming, he spoke with his back against the camera.

"Yesterday was my birthday. I went out, I wanted to park the car. I had been at the church, I didn't drink".

According to police officers, the priest is not at first offense.

"At the time we helped him, he smelled of alcohol, and he was taken to the Narcological Dispensary where 0.66 mg / l was found in the exhaled air," said patrol inspector Vitalie Guzun.

In other words, the concentration of alcohol in the exhaled air was almost five times higher than the admissible norm. Now the driver is in danger of being forfeited without a permit for five years.