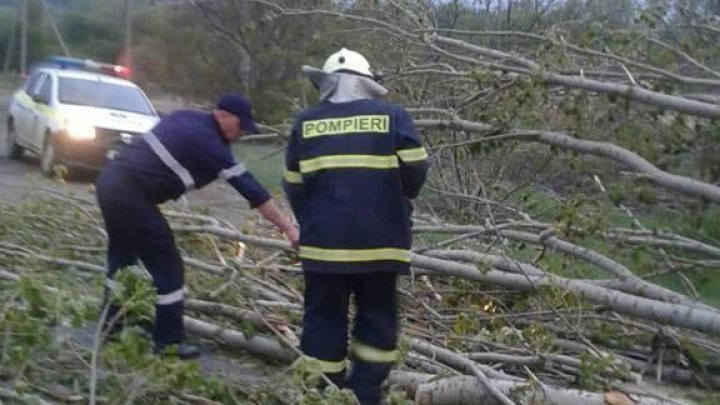 According to General Inspectorate for Emergency Situations, rescuers were dispatched to assist deal with the consequences of last night's sleet and strong wind in Mihăileni, Borosenii Noi, Văsileuți and Zăicani settlements from Râșcani district. They had to clear the roads of multiple fallen trees.

In Borosenii Noi, the strong wind has destroyed the roofs of several houses, while in Zăicani, the sleet caused damages to a warehouse.

Last evening, some settlements from Râșcani and Drochia experienced power outages, being reconnected during the night.

A special commission will be dispatched to establish the damages.