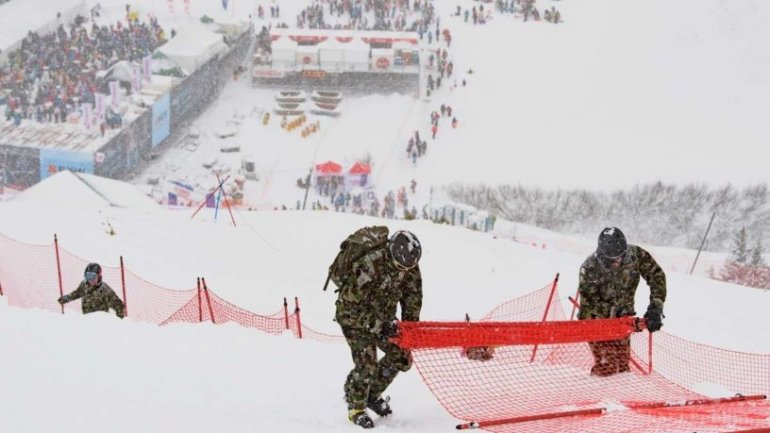 A famous downhill race in the Skiing World Cup has been cancelled - because there has been too much snow, according to BBC.

Saturday's race at the Lauberhorn course in Wengen, Switzerland, was dropped after more than 40cm (16in) of snow fell overnight.

Crews worked through the night but were unable to prepare the piste in time.

After a dry start to the ski season in December, resorts are now dealing with heavy flurries as a cold snap grips Europe.

The Lauberhorn course is the longest downhill run in the world, and racers can reach speeds of 160km per hour (100 miles per hour).

The heavy snow was accompanied by powerful winds, complicating preparations, and eventually forcing organisers to admit the race could not be held safely.