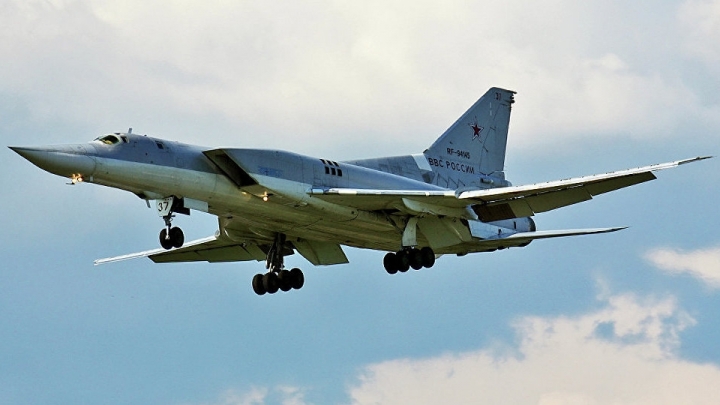 On Thursday, 11 August 2016, six Tu-22M3 long-range bombers which took off in Russia attacked Daesh in areas south-east, north and north-east of the city of Raqqa in Syria, the Russian Defense Ministry said in a statement, reports Sputnik International.

"On August 11, six Tu-22M3 long-range bombers which took off in Russia carried out a concentrated high-explosive ammunition attack on targets of the Daesh terrorist group in areas south-east, north and north-east of the city of Raqqa," the statement said. "Su-30SM and Su-35S jets were covering the bombers. After accomplishing the combat task all Russian planes returned safely to their airfields."

The aircraft destroyed ammo and oil depots, a chemical weapons factory and a major training filed dealing a heavy blow to the terrorists' facilities and manpower.

Russia has been conducting a counterterrorist campaign in Syria since September 30, 2015, at President Bashar Assad's request. On March 14, Russian President Vladimir Putin ordered the Defense Ministry to withdraw the bulk of the Russian military contingent from Syria.