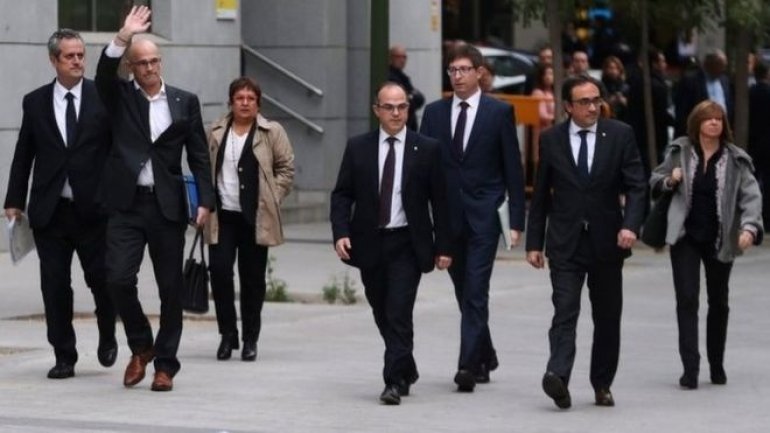 Two senior figures in the sacked Catalan separatist government must stay in jail but six others can go free, a Spanish supreme court judge has ruled.

The six set to leave Spanish jails must post bail of €100,000 each. Two top activists must also remain in jail.

The separatists were remanded in custody last month. Catalan ex-President Carles Puigdemont fled to Belgium. All are accused of sedition.

Spain feared the others could flee too.

The ruling came a day before the start of campaigning for the 21 December Catalan regional election.

The eight politicians are accused of rebellion and sedition over the region's illegal declaration of independence in October.

Separately, Mr Puigdemont and four other ex-ministers appeared in court in Brussels. Spain wants them to be extradited, and a ruling in their case is expected next week.