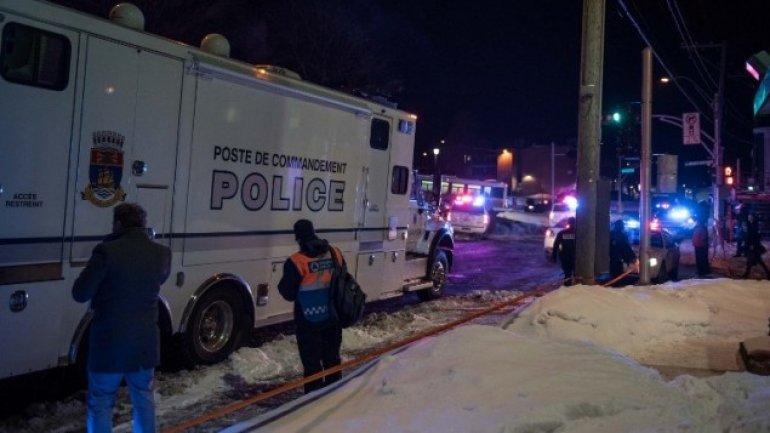 At least six people were killed in a shooting at a mosque in Quebec City during evening prayers, police said.

Gunmen fired on about 40 people inside the Quebec Islamic Cultural Centre on Sunday at 8pm local time (01:00 GMT).

"Six people are confirmed dead - they range in age from 35 to about 70," Quebec provincial police spokeswoman Christine Coulombe told reporters, adding eight people were wounded and 39 were unharmed.

Police said two suspects had been arrested, but gave no details about them or what prompted the attack.