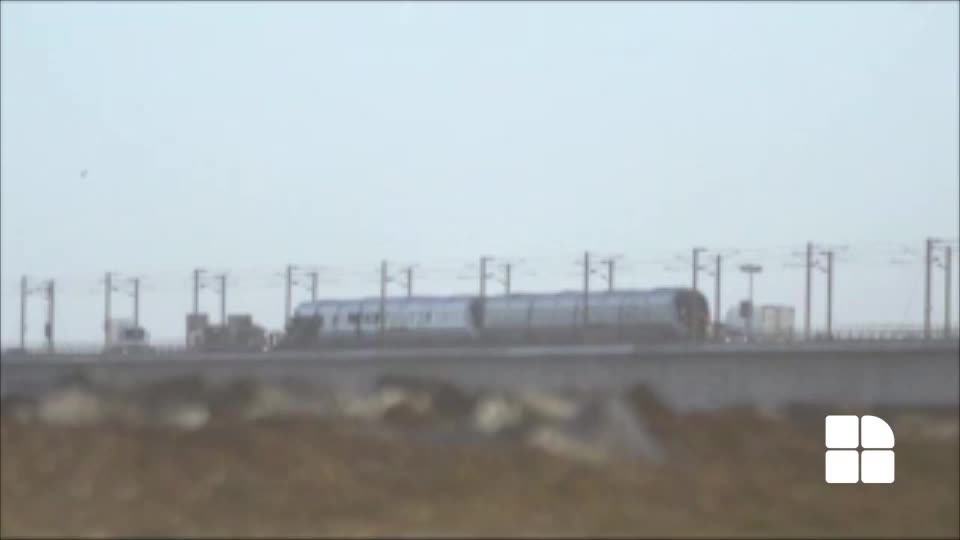 Six people were killed and 16 others injured early Wednesday when a Danish passenger train apparently hit falling cargo from a passing freight train as it crossed a bridge linking central Denmark's islands.

The rail operator, Danish Railways, earlier told Denmark's TV2 that the victims were passengers on a train going from the city of Odense, on the central Danish island of Fyn, to Copenhagen when the accident took place.

Police spokesman Lars Braemhoej said that while "we do not know precisely what caused the accident," one possible cause was that cargo from a passing freight train fell off and hit the passenger train.

He added there was "considerable damage" on the passenger train.

Police declined to comment on a report from Denmark's TV2 channel that a container had likely fallen off the cargo train.

Photos from the scene show the freight train was carrying crates of beer, and the tarpaulin that covered the train was torn in pieces.

The accident took place on a road-and-rail bridge, part of the Storebaelt system of bridges and a tunnel linking the Danish islands of Zealand and Funen.