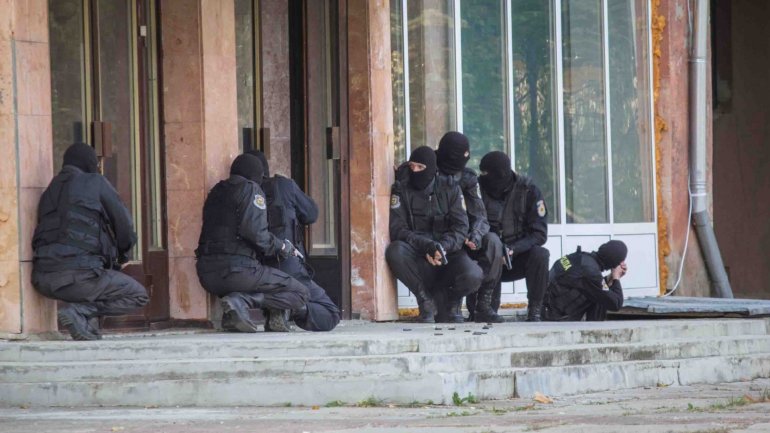 Foreign military from Middle East transitioning our country, conversion and radicalization of Moldova's citizens in Islamic Jihad movement, as well as the implication of Mercenaries from Moldova in the East of Ukraine, to assist separatists in Doneţk and Luhansk. Are only a few of the risk factors toward national security, presented by SIS officers, at the second Regional Conference for Combating Terrorism and Preventing Violent Extremism in the South-Eastern part of Europe, which took place at the end of November, in Brdo Pri Kranju, Slovenia.

Leader of Prevention and Countering of Violent Extremism (P-CVE) has concluded that despite it not being specific for European Union member states, radicalization of mercenaries and implicating them to fight in Syria and Iraq, or training them to commit terrorist attacks in EU member states, could become a problem for the community space.

At the conference were examined methods regarding how the mechanism of information trade can be made more efficient among partners for Combating Terrorism in South- Eastern Europe and minimizing, as well as overcoming obstacles to anticipate risks and terrorism provocation in the region.

Another subject on the work agenda was the role and training of the civil society in processes of deradicalization of jihadist fighters who returned home from battlefields from Syria and Iraq, as well as implicating mass media in the member states of the Regional Council of Cooperation in preventing and combating terrorism and violent extremism, by broadcasting information threats and prejudice brought by this phenomenon.

At the end of the meeting, was forwarded for approval, an Action Plan of WBCTi countries for 2018 – 2020, which will be reviewed and approved by all member states.