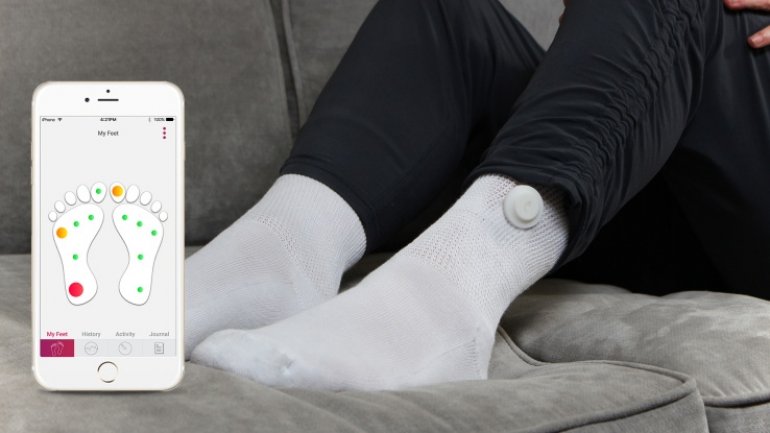 Co-founder Ran Ma was working on growing biomass to grow back skin that had been damaged while at Northwestern University when she started learning how to treat diabetic feet and thought of making a wearable that could track and prevent injuries.

Both type 1 and type 2 diabetes patients are prone to foot swelling, among other foot issues and it can lead to some serious problems such as infection or amputation of the foot if not checked. Early detection is crucial to head off any serious complications and Ma and her co-founder Veronica Tran believe built-in sensors are the key.

But Siren’s socks aren’t the first wearable to aim for detection of a diabetic foot injury. SurroSense Rx is a wireless shoe insert for diabetics and the PressureGuardian from Tillges Technologies is a boot designed to detect issues as well.

But a boot is cumbersome and Siren’s socks are closer to the skin than a foot pad in your shoe. The sensors are woven into the fabric of the sock to detect when there is inflammation. All information is then uploaded to an app on your smartphone to alert you to an issue.

All data is stored on the sock, on the app and in the cloud and when the sock detects a high-temperature difference — meaning there’s an injury of some sort to the foot — the app will send you an alert to check your foot.

That means in the future the company could make other smart textiles to detect injury in other parts of the body as well.

Siren came out of 500 startups batch 18 and will start shipping its socks in the spring. You can pre-order now and Siren will start sending you a pair of seven socks (one for every day of the week) every six months when it’s ready to ship.