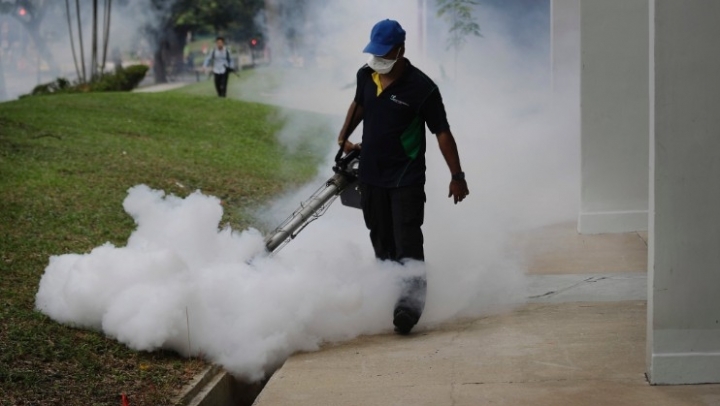 In just one week, Zika cases in Singapore have gone from zero to 242, raising concerns about a potential rapid surge in cases across Asia, CNN informs.

A recent study estimates that roughly 2.6 billion people in the region and Africa could be at risk of contracting the virus, which has been linked to the neurological disorder microcephaly in unborn babies.

It's not yet clear why Zika has spread so suddenly in Singapore. Many of the cases are thought to be locally-transmitted by the Aedes aegypti mosquito.

On Saturday, Singapore's Ministry of Health said analysis of two cases found they had likely evolved from a strain of Zika that was already circulating in Southeast Asia.

In November 2015, Brazil declared a national public health emergency as cases of suspected microcephaly continued to rise.
In February 2016, the World Health Organization announced a global state of emergency over Zika, predicting as many as four million cases by the end of the year.

Singapore is not the only country in Asia to report cases of Zika -- Thailand has also seen widespread transmission in the three months, according to the European Center for Disease Prevention and Control (ECDC).