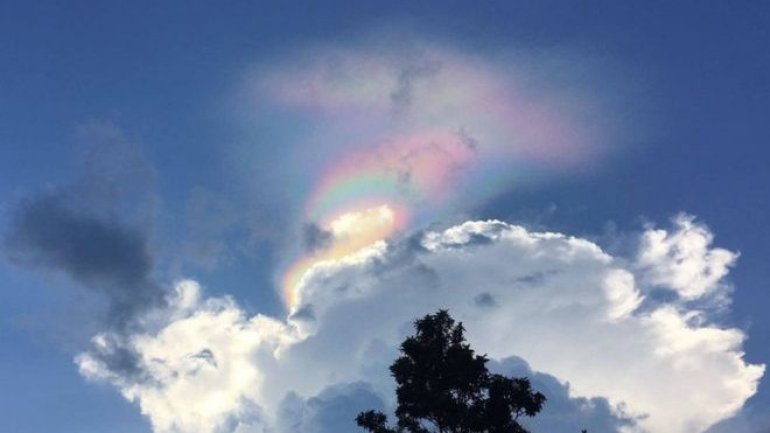 A rare cloud phenomenon over Singapore has delighted people in the city-state, BBC reports.

The multi-coloured glow appeared in the sky on Monday in the late afternoon, lasting for about 15 minutes, and was seen across the island.

Media reports said it was likely a fire rainbow, which occurs when sunlight refracts through ice-crystal clouds.

Others have also said it could have been cloud iridescence, which happens when water droplets or crystals scatter light.