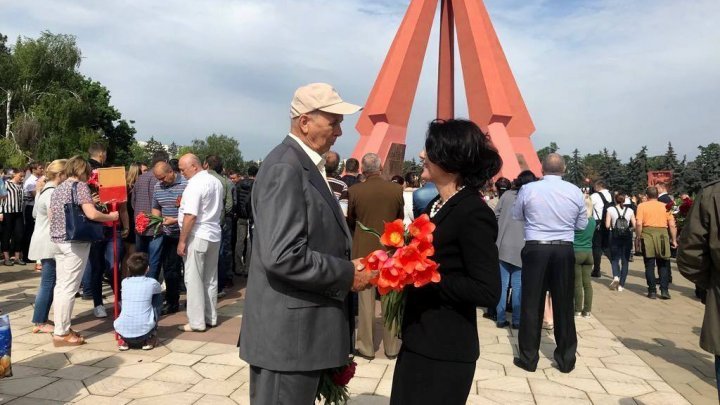 Independent candidate running for Chisinau Mayor Silvia Radu commemorated the fallen heroes from the Second World War. She wrote on her Facebook page that we must all learn from the past and maintain the peace.

"I went to lay flowers in the memory of all those who sacrificed their lives on the battlefield.

We must learn from the past and make sure that history does not repeat itself" Silvia Raru wrote.

PUBLIKA.MD reminds that on May 9, people celebrate peace and unity all over Europe. It took place after on Tuesday, May 8, 1945, allied forces announced that Germany has surrendered, marking the end of the Second World War.