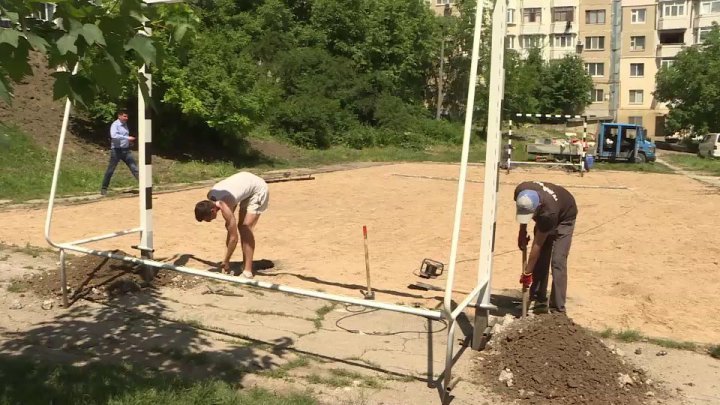 A new sports playground has been constructed in the yard of a block in Ciocana sector of Chisinau. This is part of the campaign "Do something good for Chisinau" initiated by the independent candidate, Silvia Radu.

Its installation is carried out by an economic agent in the area. Several benches are also placed near the playground.

The inhabitants of the surrounding blocks say they appreciate the initiative because bushes are growing in this place.

The economic agent says this is not the only project it's involved in.

"We want our city to become prosperous. Sports playground and benches here are installed for people around the blocks", said Natalia Bacsan, economic agent.

"I am very happy that this campaign continues and the children from this yard will have the opportunity to practice both football and volleyball," said Silvia Radu, independent candidate for Chisinau Mayor.

Within the campaign, the economic agents have contributed to install two playgrounds and another playground in kindergarten.