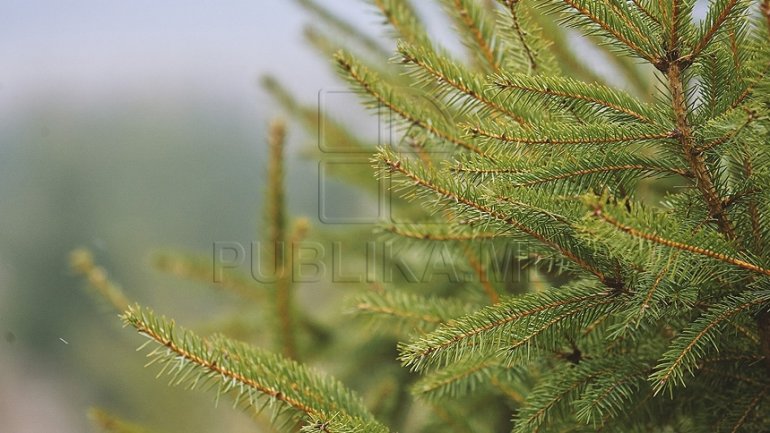 The original tree which was supposed to be installed in the Great National Assembly Square came destroyed, making the urgent replacement a lesson for City Hall authorities. Interim Mayor of Chisinau, Silvia Radu, have came up with the idea to create an alley of fir trees, grown specially to make the Capital more magical during the Holiday season.

"I wish for Green Spaces to find a territory or field, or if they cannot, speak with Botanical Garden. So that the future generations, after 25 years, will not have the issue of Christmas trees" Silvia Radu declared.

Silvia Radu wishes to establish who is at fault for the ruined and branchless tree brought to Chisinau from Ukraine. The official claimed that those who purposely damaged the tree wished to sabotage the activity, but in fact, harmed Capital's citizens.

"Today Iancu will draw a document, we will create a commission to investigate all details of this case. It is important to recover the money, the City's money, which went down the drain" interim Mayor, Silvia Radu said.

After the incident with the Christmas Tree, Silvia Radu has purchased a new one, using her own money. It will be inaugurated today, at 18:00 local time.

The 17 meter tree was decorated with 1150 ornaments and 4 kg of Christmas lights.

Also this evening, the streets of the Capital will be lit up by Christmas lights. Local singers maintaining the good mood, with a concert.