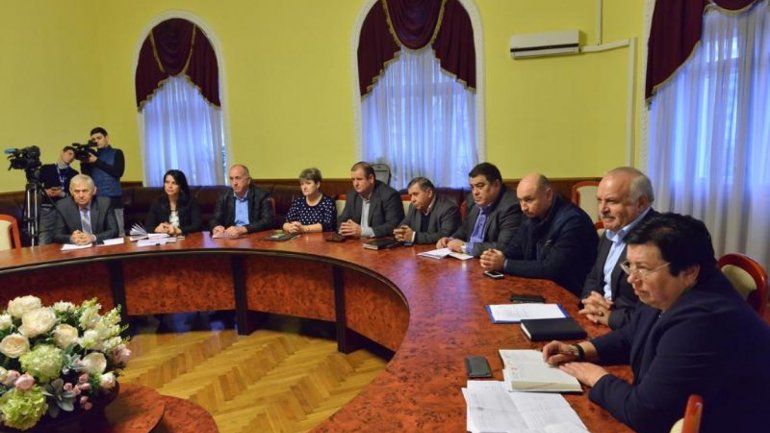 Many City Halls from suburbs have not spend their full budget this year. During a meeting among Mayors from communes, Silvia Radu was displeased by it and warned that, in 2018, they might receive less funds.

Out of the provided 50 million lei, were spent only 35 millions. One of the City Hall which remained with money in its pockets is the one from Ghidighici.

"We speak of 1.6 millions. The company which is repairing the dormitory has put us in a bad spot. After the public acquisitions were made, when we only officially registered the contract, they announced that they are withdrawing" Ghidighici Mayor, Serafim Isac said.

The budget in Vadul lui Vodă has 800 000 lei left, from fulfillment of several expenses.

"We have money, everything is done, but now, bureaucracy in the country is big, we are currently in the lat stage of finishing documentation" Mayor of Vadul lui Vodă, Iurie Onofriiciuc declared.

"They want to cut out budget for next year. It means that because you cannot value the money from time, we cannot execute all works" interim Mayor of the Capital, Silvia Radu said.

Silvia Radu also spoke with Mayor from suburbs regarding preparations for winter. For each district were prepared 30 tons of skid proof materials.

"Some of you addressed to the Municipal City Hall to extend works for cleaning the roads to the first bus stops, it was already done" Silvia Radu announced.

There are 35 suburbs in Chisinau. Last week, Silvia Radu went to Truşeni, after many locals complained of lack in public transport.

The problem was solved by adding six routes.