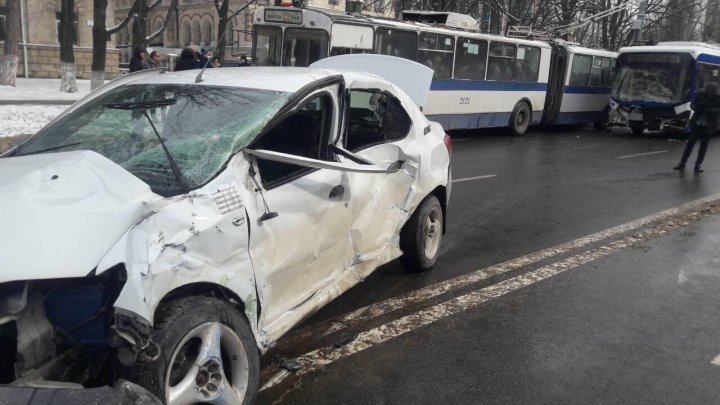 Larisa Crudu, head of Education and Youth department of the City Hall passed away after a grave accident which took place yesterday in the Capital. Larisa Crudu, 54, passed away on the way to the hospital after the taxi she was in collided with a trolleybus.

Interim Mayor of the Capital, Silvia Radu expressed condolences to her mourning family:

"Unfortunately yesterday, we have lost Larisa Crudu, chief of the Youth department, in a car accident. The taxi driver whose services our college used breached the traffic law and collided with a trolleybus. I wish to express my condolences to the mourning family..."  Silvia Radu wrote on Facebook.

Larisa Crudu was the wife of Valentin Crudu, head of pre-university education department from the Ministry of Education and Culture.

The accident took place at the intersection of Ştefan cel Mare boulevard and Serghei Lazo street from the Capital. The 39-year-old taxi driver was transported in critical condition to the hospital. No passenger of the trolleybus was injured.

The trolleybus driver was going on Ştefan cel Mare boulevard and claims that he entered the intersection on green light, when the taxi driver decided to cross on the red light. The man claims that the impact was unavoidable.

If found guilty, the taxi driver risks to 7 years of imprisonment.