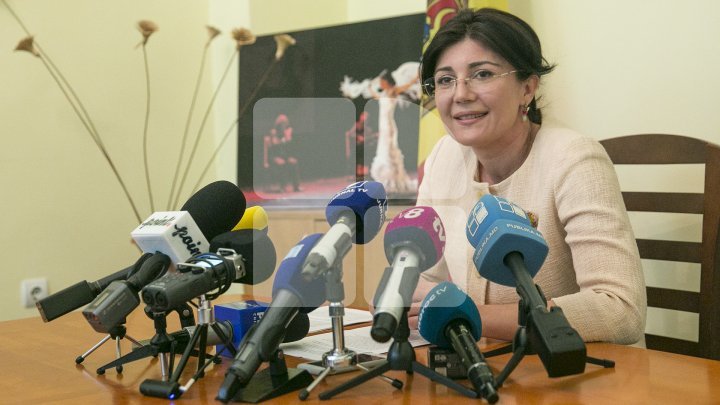 The independent candidate for Chisinau Mayor, Silvia Radu won't give up the projects initiated as interim president. The candidate has presented an electoral program named "11 measures for Chisinau" in which the official comes up with proposal in this campaign. She said she refused any funding and asked potential donors to get involved directly through personal projects in the city's development.

"I urge all the people, both private and economic agents, who want to finance my electoral campaign, to allocate this money for concrete projects. I am discussing with a person the implementation of some projects such as installment of playgrounds for children", said Silvia Radu.

Silvia Radu also said that in this campaign she will focus on direct meetings with the inhabitants of Chisinau and will not invest in billboards and TV appearance.

Moreover, Silvia Radu argues that she will continue the reform of the City Hall.

"I will continue cleaning the City Hall, we need to get rid of unqualified and unprofessional employees. Furthermore, recently people are hired on the basis of nepotism and political bias".

The independent candidate says she will end the illegal construction in the Capital.

"I think it's necessary to create within the City Hall a system to verify not only the issuance of the new building and architecture permits but also the actual situation in that construction".

The Acting Mayor has solutions for traffic issues:

"Monitoring from online route system will allow us to manage effectively, moreover, it enforces the access of citizens".

Also today, Silvia Radu also revealed the dirty campaign of her opponents. The candidate said on a social network that her opponents, just to discredit her, made a fake announcement that she would have a meeting with the teachers of a high school in Chisinau.

Silvia Radu has been the Interim Mayor of Chisinau since November 2017. During this period, she initiated several projects, including the Great City Cleaning and Road Rehabilitation.