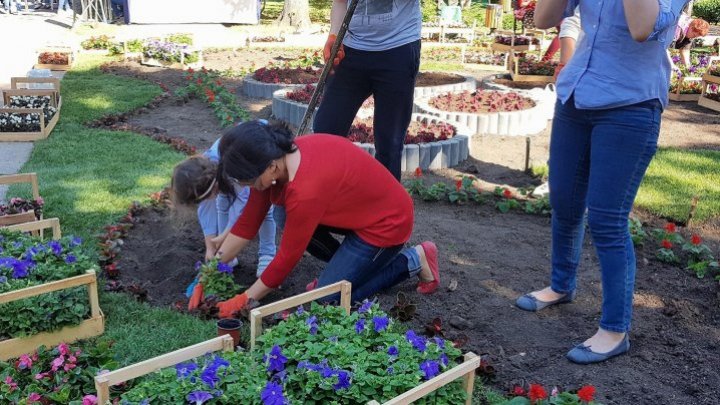 Chisinau Central Park has caught colors. Around 12,000 flowers were planted in the public garden, all expenses were borne by an economic agent during the campaign "Do something good for Chisinau" launched by the independent candidate in the City Hall Silvia Radu. After years in a row, public money was spent on these actions.

The flowers were planted on an area of 300 square meters, including Europe square. More young people who have mobilized through social networks participated in the action.

"I have decided that it is my duty to come and participate in this action. Only we can make our city more beautiful," said a participant.

"I like that she acts more, proves her abilities by actions than words and panels. A flower, a tree will make our city more beautiful", said a participant.

Those who passed by were impressed by this initiative.

"I'm crossing over here. It's a very nice thing and it has to be understood."

The independent candidate at the City Hall, Silvia Radu, planted flowers with her daughter Nicoleta.

Earlier, Silvia Radu asked the capital's residents not to offer donations to the campaign, but to contribute directly, with personal investment, to various city development projects.