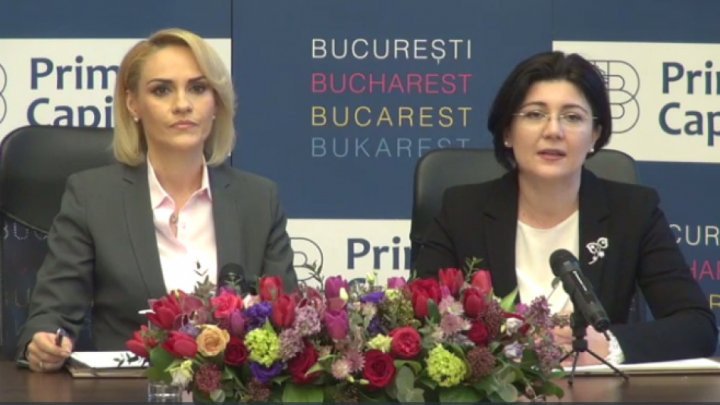 Bucharest City Hall will donate to Chisinau two buses, while our doctors will participate in internships prepared by hospitals from Romania's Capital. Those are only a few of the projects signed by interim Mayor of the Capital, Silvia Radu, during an official visit to Bucharest. Her counterpart, Gabriela Firea, empathized the willingness to identify other areas for collaboration.

"Bucharest City Hall, through a vote of the General Council from the next meeting, will donate two buses that will be used for tourism in the Chisinau" Mayor of Bucharest, Gabriela Firea said.

Another project views the libraries of the two Capitals. The agreement states that Bucharest Metropolitan Library will donate books to Municipal Library "B.P. Hasdeu". The officials form Bucharest and Chisinau have also decided to host a culture week in both cities, respectively, Bucharest Theater Week in Chisinau and Chisinau Theater Week in Bucharest.

Another agreement foresees awarded pupils from Chisinau to be able to sign up in summer camps in Romania.

Interim Mayor Silvia Radu expressed her gratitude toward Bucharest City Hall for all the offered support.

"Those projects that will be implemented will have a direct impact upon Chisinau's development and upon the daily lives of its citizens" Interim Mayor of the Capital, Silvia Radu declared.

The officials of the two Capitals have established that a team of experts from Romania will go to Chisinau to draw up a program for consolidation and renovation of the Maternity Ward No. 1 and Mihai Eminescu Lyceum.

At the end of the press conference, Gabriela Firea and Silvia Radu exchanged gifts and announced that the Mayor of Bucharest will be visiting Chisinau on 6 March.