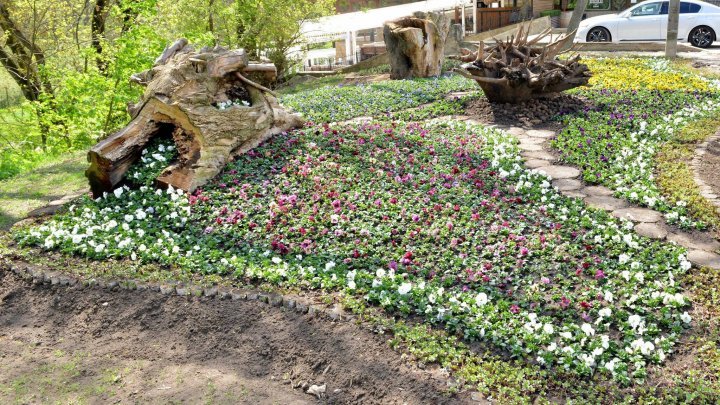 Floral carpets are already planted in several places in Chisinau, it has been announced by Interim Mayor Silvia Radu on Facebook.

The Head also urged the citizens to take care of the beautiful products.

"Floral carpets are already planted in several places in Chisinau: in the perimeter of the Cathedral's square, on an alley in Râşcani Park - the Labor Institute and at the entrance to the Râşcani Forest Park in N.Dimo (opposite the Park of the Afghans).

We're trying to make the city greener and cleaner. Let's take care of them and keep them with us, " quoted on her Facebook.

The 180,000 strands of pansies, which formed the giant flower circle, were split to be replanted in 16 locations in the capital. Flower replanting works are planned by the end of this week.

Thus, various floral compositions will be created by the municipal services as follows: