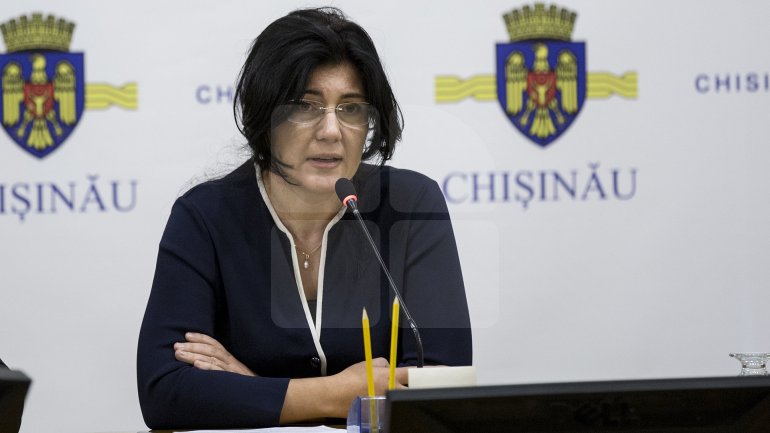 The new interim Mayor of Chisinau wishes cease the kilometers long traffic that forms during rush hours. Silvia Radu has made an ultimatum for the General Directorate of Public Transport to come up with a solution by the end of the month.

"I have been through the city during rush hours those past few days, to see where most traffic is created. It is a well known issues for all citizens and a problem that has multiple causes that seemingly cannot be solved immediately. I am sure that we can start taking steps to ease it. We need the support of Ministry of Internal Affairs, with whom I have already spoken to. They already begun sending officers in the morning on main intersections. I believe that we need to come up with a common plan to at least improve this situation. [...] Let us see how well those from the City Hall know their jobs. The director of General Directorate of Public Transport, who is missing at today's meeting, but sent his substitute, please mobilize your team until Friday and go on the field, speak with the Ministry of Internal Affairs or whomever you think necessary and give me concrete solutions that we can use to ease the traffic in the City.  Stop telling me excuses such as that the City Hall lacks money, because we do have the possibility to solve this issue and there are too many problems based on such bureaucracy. I know very well how it worked until now. If you think that you cannot solve this trouble, or that you have no possibilities to offer solutions, please leave the office and allow someone more competent to take your place, I expect your resignation letter in case you come forth claiming that this issue cannot be solved" Silvia Radu declared.