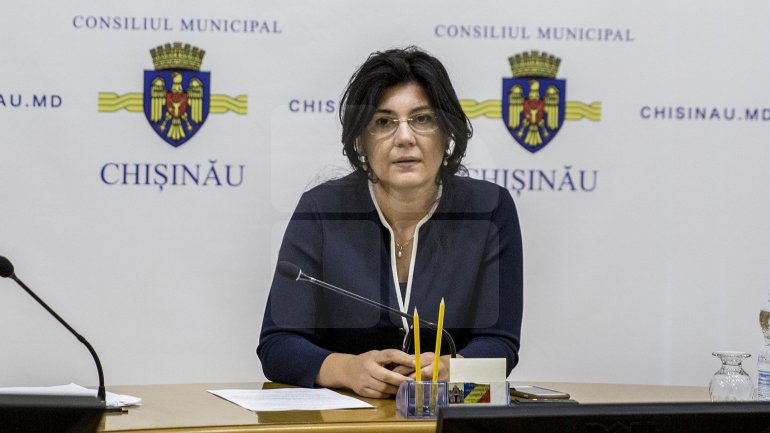 Despite recently being promoted, Silvia Radu has already begun making order in the Municipal Council. She has expressed her displeasures that other members tend to be late to sessions and requested them to be on time, as they are paid for it.

The Deputy Mayor has also asked councilmen to leave aside politics and start working on the issues the city faces.

The Municipal Council Session didn't take place, as only six out of 51 members were present. Silvia Radu became offended when she was warned from the start that the council's member tend to be at least half an hour late.

"I believe this to be unacceptable, as councilmen gain salaries from the City Hall budget to attend sessions. They receive a salary ten times those of an average City Hall employee" Deputy Mayor declared.

Moreover, she also announced that there are one thousand requests that are pending approval, as they received positive feedback. The councilmen though, are not in a rush to solve citizen's issues.

" There are truly many issues that are not examined at sessions, due to reasonless boycotts councilmen tend to host" PPEM councilman Veaceslav Bulat said.

After settling organization matters, deputy Mayor has scolded the councilmen.

At the end, municipal councilmen have congratulated Silvia Radu on her promotion.

"We are opening a new chapter in Chisinau's history. Since 1817 to 2017, for 200 years no woman held the position. I wish to congratulate Silvia Radu with her new job" party-less councilman Ion Ştefăniţă congratulated.

"I do not think we need to care much for who held the position of deputy president, or president, if it is a man or woman, it is important that the person holding the position to work in the interest of the citizens. I wish to thank all those who came with kind words" Silvia Radu responded.

Silvia Radu was named Deputy Mayor of Chisinau on Monday, after Nistor Grozavu resigned, due to not being supported by municipal councilmen.