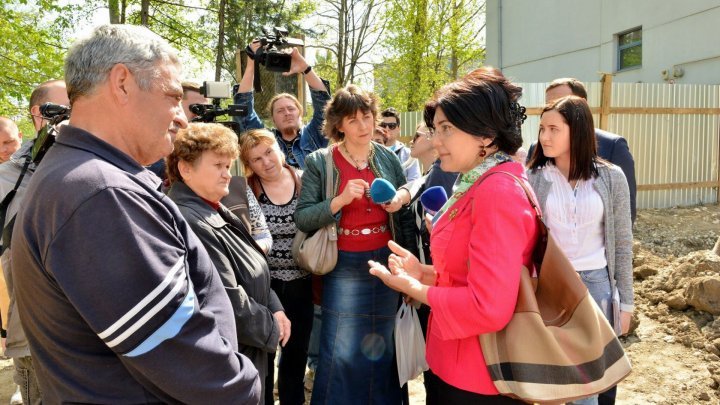 Chisinau City Hall needs just and apolitical people to solve all the problems citizens face, while people must know what their money are used on. The declaration was made by independent candidate running for Mayor, Silvia Radu.

Within an interview offered for point.md, Silvia Radu mentioned that her political campaign was based on her discussions with people. Most often, citizens complained of corruption, as well as incompetent people from the City Hall.

"Corruption is the most prominent issue. First of all, City Hall must be cleaned off corruption. People working there need to be professional and just, who know how to solve the issues of the citizens" Silvia Radu declared.

Silvia Radu claims that she was amazed by the fact that some streets were repaired because relatives of City Hall employees live there.

"I entered a backyard on Calea Ieșilor and was amazed that it was repaired. I spoke with locals. A woman asked me: Did you know that Dorin Chirtoacă's mother lives here?" Silvia Radu said.

The candidate running for Mayor has also declared what she intends to day the day after the elections.

"I will go to work, because there is no time to lose. Many problems piled up and 24 hours are not enough to solve them all" Silvia Radu said.

Local Elections in Capital will take place on May 20.