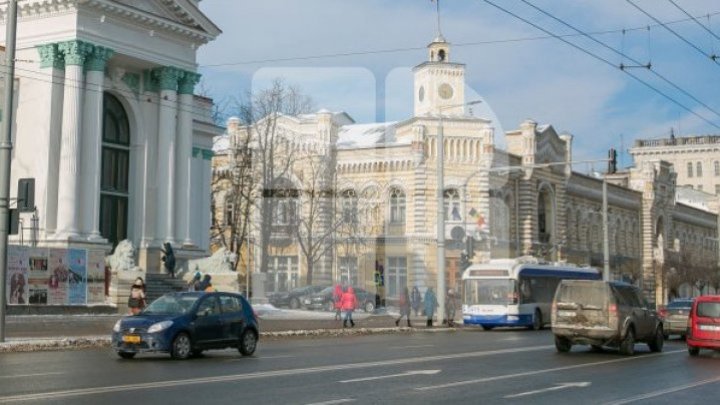 Four candidates for Chisinau Mayor election have aired their declarations and promises in an electoral debate organized by a news agency. Some have promised a greener city, others - underground car parks or new elevators in all the old blocks of the capital. The only independent candidate for Chisinau Mayor's office, Silvia Radu, said she wants to continue the projects started at the City Hall.

"I will further the cleaning process in the City Hall. Anyone who is unqualified and work inefficiently will leave the office" said Silvia Radu, the only independent candidate in May election.

One of the experts present at the debate noted the benefits of Silvia Radu in gaining people's trust.

"Her advantage is during these five months, she has known well the situation of city. She's administrator and manager and this's what she has convinced the citizens", said Igor Boţan, project expert.

In turn, the unionist candidate, Constantin Codreanu, said that he aims to transform the capital into a European city.

"One of the first changes I will make as general mayor is to ban all kinds of daytime work because it affects citizens who live in Chisinau," said Constantin Codreanu, the candidate of the National Unity Party.

Alexandra Can of the National Liberal Party, said that the inhabitants of the capital must vote him because he has management experience.

"I will be able to unite the ideas and the people, so I have done that all the time and I have succeeded. I will succeed here, too, and I will convince myself that I will establish cooperation between the local public institutions and the state institutions," said Alexandra Can, candidate for the National Liberal Party.

"We have clear visions how to optimize the City Hall's structure, how many staff should be in this City Hall and how to share our responsibilities," said Victor Strătilă, the Green Green Party candidate.

PSRM candidate, Ion Ceban, did not participate in the debate. In a Facebook post, he said he would only participate in on-air debates, along with a right-wing candidate who is visible in sociological polls, either Andrei Nastase or Silvia Radu.