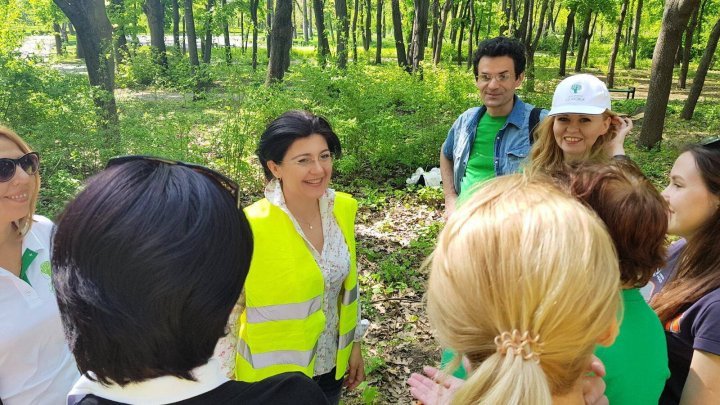 Silvia Radu says that the City Hall should fulfill citizens' interests. Today, she was suspended from the office of the Capital interim, so now she can participate at the election campaign. According to her, the main target of her program is to continue the projects that were already implemented. Now the interim of the Capital is Ruslan Codreanu.

Within a press conference, Silvia Radu talked about the initiatives realized when she was a interim.

"We managed to realize a contact between the City Hall and the Chisinau residents, to fight against bribery and make the budget more transparent, We found the finances to invest in solving residents' problems. We found resources for 70 transport units", said Silvia Radu, independent candidate.

Radu declared she counts on people's support, as she doesn't belong to any party.

"I have it will be a campaign where we will talk about the solutions for the future. I am an independent candidate. I think that within five months, we have proven that the citizens' problems will be solved", said Silvia Radu.

On Tuesday, Silvia Radu was registered as an independent candidate for the City Hall mayor. The decision was taken by the Electoral Circumscription Council from Chisinau. The local elections will take on May 20 and Silvia Radu will the the 11th on the paper.