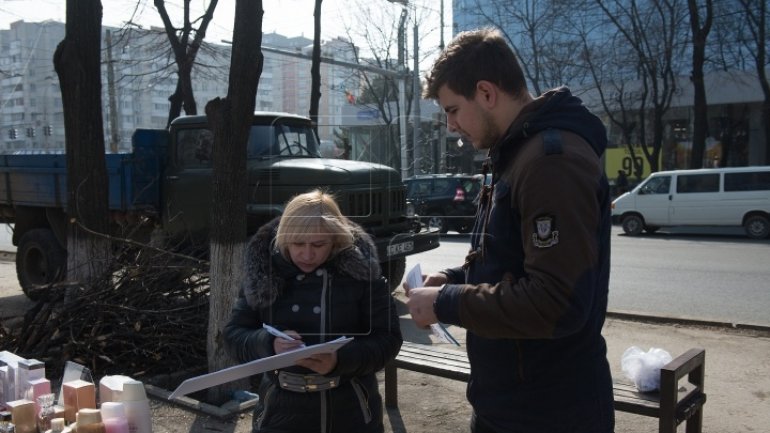 A nation-wide signature-collecting campaign for the uninominal vote has kicked off today. Ten tents have been installed in Chisinau to inform the people about the advantages of changing the electoral system.

They appreciate they will be able, at the next parliamentary poll, to elect known people, not party lists as it is now.

The people signing to support the initiative hope the move will guarantee that no unknown people will get into the Parliament. They must have commitments to their voters, not to their parties:

"This is a good bill long awaited. It will end this fight among the parties, where there are unremarkable, corrupt people, who give much money to be placed among the first ten."

"I think it’s going to be very good, because the people will know whom they elect. What do we see now? The MPs sleep, read newspapers. And there are lots of them. Fewer and more industrious!"

The people also like the idea of being able to fire the MPs, who work inefficiently.

"We should know whom we elect. He (/she) should be responsible. If he does not solve, it means he has nothing to do there. It’s not normal just to sit there doing nothing four years and receiving money."

The Moldovans from abroad, the Diaspora, can hardly wait to choose a deputy to represent their interest.

The signature-collecting campaign will last till the end of March.

"Most of them are aware with this initiative and salute it. Some ask for time to consider it. We have given them information, flyers about the campaign and wait for them at our tents in Chișinău," said a signature collector.