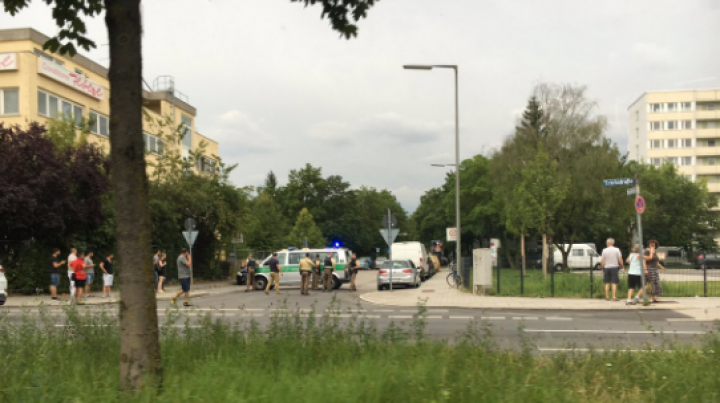 (UPDATE 22:06) At least six people are believed to have been killed in a shooting rampage in a Munich shopping centre on Friday, a police source said, and three armed suspects are at large.

The shooting spree began before 1600 GMT at a McDonald's restaurant and continued on a nearby street before the gunmen moved into the mall near the Olympic stadium in the southern German city, a police spokeswoman said, AFP reports.

(UPDATE 20:40) Reports of a second shooting at metro Marienplatz station in Munich.

(UPDATE 20:38) Several people were killed on Friday in a shooting rampage by a lone gunman in a Munich shopping centre, police said.

The Bild newspaper reported that the gunman ran through the mall near the Olympic stadium in the southern German city, firing on several people before fleeing in the direction of a nearby metro station.

Europe has been on alert for terrorism in the wake of a string of attacks.

(UPDATE 20:16) First photo from shooting rampage scene. The attackers would be robbers not terrorists.

(19:40) Multiple shootings are reported at a shopping center in Germany's Munich.

According to media reports, over a dozens are feared dead.

The metro has been closed. The shootings have been confirmed by police.

An ongoing "shooting spree" was happening early Friday evening at the Olympia-Einkaufszentrum shopping mall in the Moosach district of Munich.

Police have responded with a major operation surrounding the area.

The story is being updated.