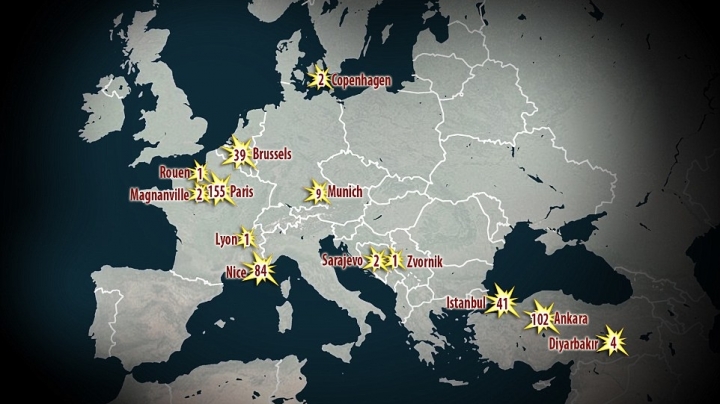 A spate of deadly attacks across Europe over the past two years have left many citizens living in fear, reports Daily Mail.

In 2014, four people were killed in a deadly attack in Brussels, in 2015 a staggering 267 people were slain in atrocities across the continent and so far, in 2016, 172 have died in terrifying attacks.

Here are just some of the deadly attacks in Europe since 2014:

January 8 - one killed and one injured