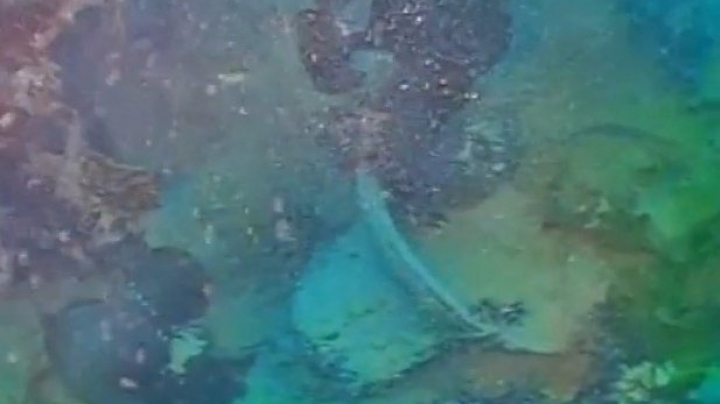 The long-lost ship of British polar explorer Sir John Franklin, HMS Terror, has been found in pristine condition at the bottom of an Arctic bay, researchers have said, in a discovery that challenges the accepted history behind one of polar exploration’s deepest mysteries, reports The Guardian.

HMS Terror and Franklin’s flagship, HMS Erebus, were abandoned in heavy sea ice far to the north of the eventual wreck site in 1848, during the Royal Navy explorer’s doomed attempt to complete the Northwest Passage.

All 129 men on the Franklin expedition died, in the worst disaster to hit Britain’s Royal Navy in its long history of polar exploration. Search parties continued to look for the ships for 11 years after they disappeared, but found no trace, and the fate of the missing men remained an enigma that tantalised generations of historians, archaeologists and adventurers.

Now that mystery seems to have been solved by a combination of intrepid exploration – and an improbable tip from an Inuk crewmember.

On Sunday, a team from the charitable Arctic Research Foundation manoeuvred a small, remotely operated vehicle through an open hatch and into the ship to capture stunning images that give insight into life aboard the vessel close to 170 years ago.

“We have successfully entered the mess hall, worked our way into a few cabins and found the food storage room with plates and one can on the shelves,” Adrian Schimnowski, the foundation’s operations director, told the Guardian by email from the research vessel Martin Bergmann.

“We spotted two wine bottles, tables and empty shelving. Found a desk with open drawers with something in the back corner of the drawer.”

The well-preserved wreck matches the Terror in several key aspects, but it lies 96km south of where experts have long believed the ship was crushed by ice, and the discovery may force historians to rewrite a chapter in the history of exploration.

The 10-member Bergmann crew found the massive shipwreck, with her three masts broken but still standing, almost all hatches closed and everything stowed, in the middle of King William Island’s uncharted Terror Bay on 3 September.

After finding nothing in an early morning search, the research vessel was leaving the bay when a grainy digital silhouette emerged from the depths on the sounder display on the bridge of the Bergmann.

Since, then, the discovery team has spent more than a week quietly gathering images of the vessel and comparing them with the Terror’s 19th century builders’ plans, which match key elements of the sunken vessel.