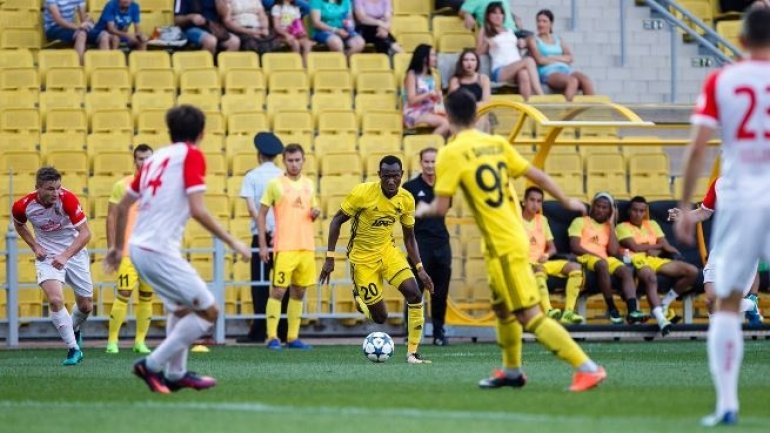 Sheriff Tiraspol won its match in the eighth National Division against Milsami Orhei.

"Viespile" faced loss on their own field, with the final score 3-1, after a dramatic ending.

Gazdele's Eugen Oancea managed the first score of the game by the end of the 29th minute.

After the break, Sheriff gained a disadvantage in numbers. Cyrille Bayala being eliminated from the game after he harshly pushed another player.

The last 20 minutes were truly fascinating. Milsami missed the chance to draw the match on the 70th minute, when Alexandru Dedov missed the goal with an 11 meter kick.

Still, the guest team managed to draw the match through the player Oleg Andronic 9 minutes after.

Sheriff Tiraspol managed to win in the last few minutes of the game, despite lacking one player on the field. Jairo Da Silva scored 2-1 in the 84th minute of the game, while Eugen Oancea managed to score his second goal, managing to win an overtime goal.

Therefore Sheriff Tiraspol became the leader of the National Division. The team trained by Roberto Bordin, now has an advantage of 2 scores over the second-placed team Milsami Orhei.

"Viespile" are now preparing for the group matches in the European League. Their first match will take place on the 14th of September in the Czech Republic. The game will be broadcast live on Canal 3.