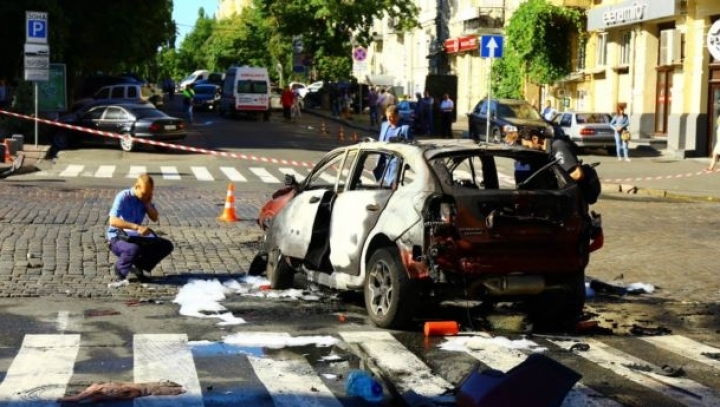 Prominent Belarusian journalist Pavel Sheremet was killed early on July 20 when the car he was driving exploded in the Ukrainian capital.

Investigators are working to determine the cause of the explosion.

Ukraine's Prosecutor-General Yuriy Lutsenko called Sheremet's death a "murder," saying the explosion was caused by an "explosive device" and that all evidence points to an assassination.

Ukrainian President Petro Poroshenko wrote on Facebook that he has ordered security officials to "immediately investigate this crime," adding that "the culprits must be punished."

Originally from Minsk, Sheremet had lived and worked for five years in Kyiv as a journalist for Ukrayinska Pravda and a presenter at Radio Vesti.

Sheremet had also worked within the Belarusian and Russian media.

He was widely respected in the Ukrainian journalistic community, which is mourning his passing.

“It's terrible. We're all very sad today,” Mustafa Nayyem, a member of parliament and former journalist at Ukrayinska Pravda, told RFE/RL by phone from the site of the explosion.

Sheremet, a crusader for human rights, freedom of speech, and freedom of the press, was imprisoned in Belarus in 1997 in a move widely viewed as political.

He had been especially critical of Belarusian President Alyaksandr Lukashenka's crackdown on dissent.

Sevgil Musayeva-Borovyk, the chief editor at Ukrayinska Pravda, told RFE/RL that she thinks Sheremet's death is related to his professional activities.

Sheremet's reporting earned him the Committee to Protect Journalists' International Press Freedom Award in 1999 and the Organization for Security and Cooperation in Europe's Prize for Journalism and Democracy in 2002.