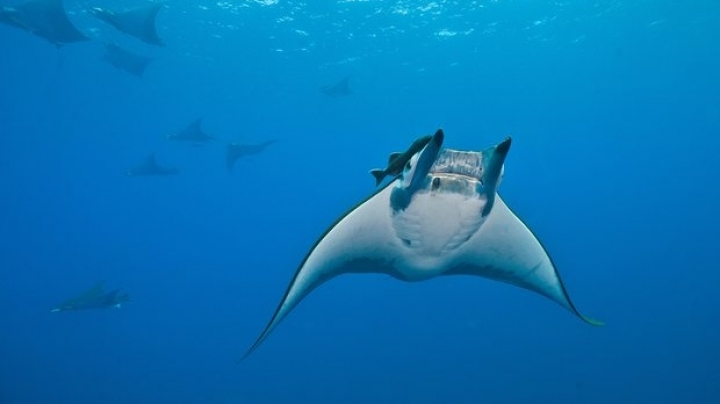 Sharks are the ocean’s top predators and play a vital role in many ecosystems but many species have been decimated by uncontrolled fishing, particularly the trade in fins which are used in soup in Asia.

The 182 nations of the Convention in the Trade in Endangered Species (Cites), meeting in Johannesburg, voted to put in place its first measures to control the trade in these species. The move, along with protections for five other sharks at the previous Cites summit in 2013, suggest the tide is turning for sharks.

About 100 million sharks are killed every year, driven by a $1bn annual trade, and only a fraction have had any protection. Many of the predators are now among the most threatened creatures on the planet. But the new action by Cites has doubled to 20% the proportion of sharks targeted by the fin trade that are now regulated.

All the species protected by Cites on Monday are slow to mature and produce only a small number of pups at a time, making them particularly vulnerable to overexploitation.

The silky shark is now one of the most common fins seen in Hong Kong, the centre of the trade. “They have shot up and they are getting this huge pounding,” said Luke Warwick, from the Pew Charitable Trusts.

Thresher sharks have long sweeping tails, which they use to corral and stun their prey, and are particularly popular with divers. The big eye thresher had been hit particularly hard, but Cites also protected the two other thresher species. Where data is available, thresher and silky shark numbers have dropped 70-90% in recent decades.

Devil rays can grow up to five metres wide and be a tonne in weight, but are harmless plankton-feeders. They swim slowly in groups, so are very easy to catch. Their gill plates have become popular as a supposed medicine in China, and numbers are crashing.

The proposals to protect the species were made by a group of 49 nations, thought to be the largest for any Cites proposal ever. Sri Lanka, responsible for half the catch of silky sharks in the last decade, was part of the group, saying the fishery was important to its people and it wanted it to be sustainable.

The Philippines, Bahamas and Maldives all argued that sharks were valuable tourist attractions. “Thresher sharks are worth more alive than dead,” the Philippines delegate told the Cites summit.

Strong opposition to the proposals came from Japan, who said there was little reliable evidence that protection was needed and that implementing the measures would be hard, creating “confusion and difficulty” for national authorities. Iceland made the same arguments, while China said the silky shark proposal was “misleading and discriminatory” and that the demand for fins was already falling.

But most other nations thought the measures were needed and the proposals passed with overwhelming majorities, 79% for the sharks and 85% for the devil rays. The decisions still have to be confirmed in the final plenary session of the summit, but they are not expected to be challenged. The new protections will mean catches of the sharks and rays have to be monitored and are only permitted if they do not threaten the survival of the species.