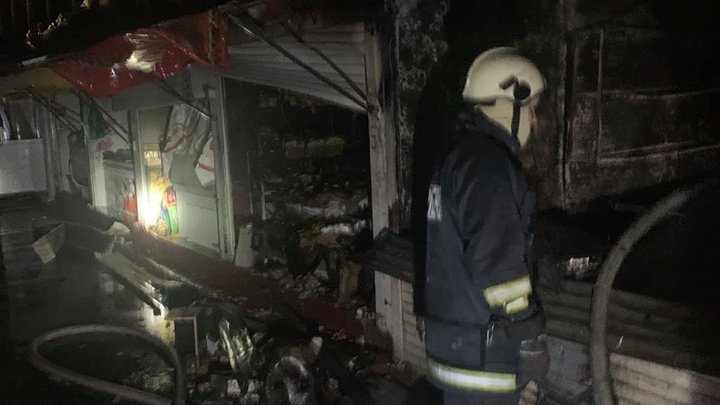 Five food stalls in the Central Market (Chisinau) caught fire last night. According to rescuers, the call to the 112 Service was received at 00:27.

3 rescue crews and firefighters intervened on the spot to extinguish the fire.

Firefighters battled the blaze for several hours and stopped the fire from spreading to other targets.

No one was injured in the fire.

The fire affected the area of 30 square meters, but also the material goods inside the booths.

The circumstances and cause of the fire are to be determined by the Experimental Fire Laboratory.

According to IGSU, in the last 24 hours rescuers and firefighters have intervened in over 30 risk situations
AFLĂ imediat Știrile Publika.MD. Intră pe Telegram