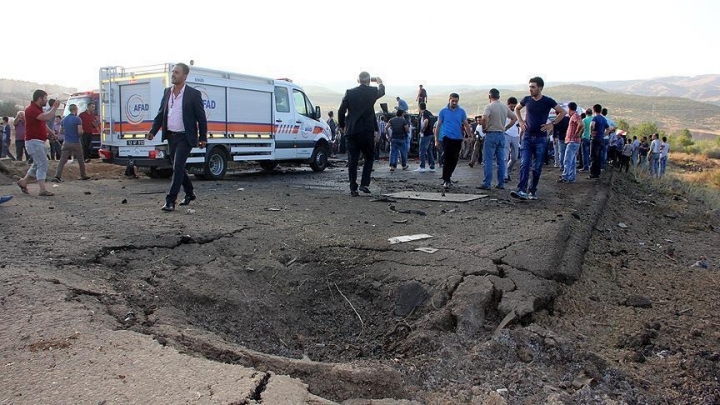 One more riot police officer succumbed to his wounds on Tuesday after a PKK bomb attack in eastern Turkey, raising the number of martyrs to seven, hospital sources said.

According to Anadolu Agency, the incident happened in the eastern Bingol province on Monday when PKK terrorists detonated an explosive-laden car waiting for a police bus, which was coming from a change of guard at Bingol Airport.

Six riot police officers were initially martyred and four others injured during the bomb attack.

"The vehicle was camouflaged on the roadside with a Turkish flag on its rear and detonated when the police bus passed by," Bingol Governor Yavuz Selim Kosger said on Monday.

The operation to capture the terrorists is underway, said sources who spoke on condition of anonymity due to security fears.