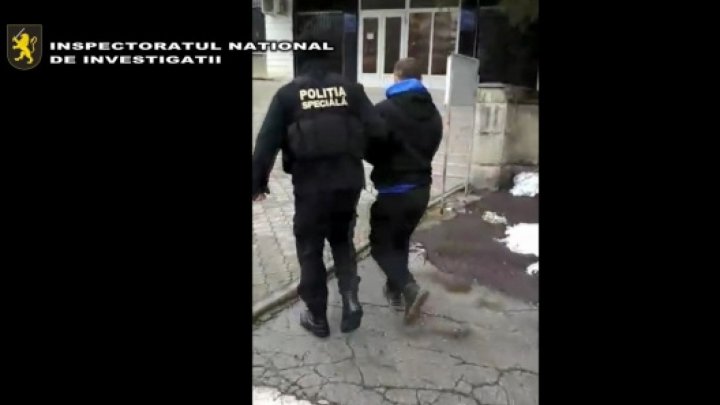 Seven persons, aged between 31 and 42, are investigated for blackmail. They have received from an inmate, serving time in a prison from Moldova's South, 65 000 lei. Four of the suspects are currently in prison, while the other three were detained for 72 hours.

In May 2017, Directorate for Combating Organized Crime of the National Investigation Inspectorate, gained the information that a man serving time in a prison from the South, is being blackmailed by other inmates. Since 2015 and to 2017, through threats of death and physical harm, they took from the victim 65 000 lei.

After investigations, it was established that all the pressures that came from different prisons, where the victim was serving time, had identical reasons to those from previous penitentiaries - gambling.

The crime was coordinated by other inmates, so called leaders of said prisons, aiming to force others to obey and execute their criminal requirements. The money were given through the inmate's relatives and bank transfers.

After measures were taken between 1 - 6 February 2018, by employees from Directorate for Combating Organized Crime, Leova Police Inspectorate, Special Forces Battalion Fulger, as well as Leova Prosecutor's Office, 3 suspects were arrested in their homes in Leova and Anenii Noi, while another 4 that are serving time are documented.

A total of 10 searches took place, out of which four took place in three prisons from Republic of Moldova, resulting in a number of items being found and seized, that will further be used as evidence.

According to the legislation, if the suspects will be found guilty, they risk from 7 to 10 years of imprisonment.