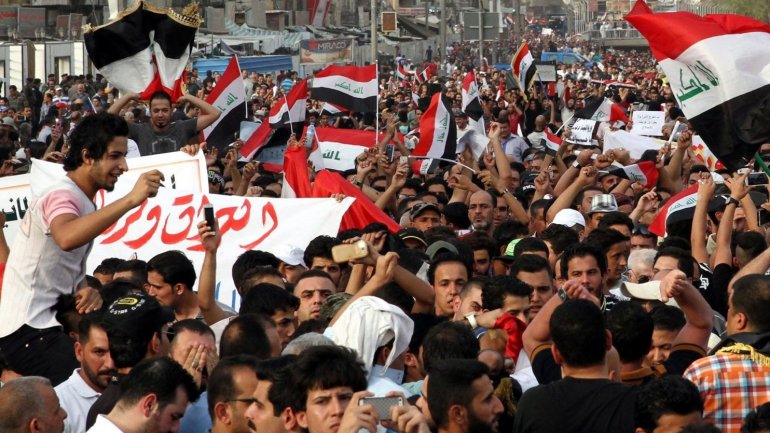 Seven people were killed in clashes that erupted in central Baghdad on Saturday between the security forces and protesters demanding reforms to Iraq's electoral system, police said.

The violence was the deadliest to break out at a protest since a wave of demonstrations demanding better services and accusing Iraq's political class of corruption and nepotism began in 2015.

Police fired tear gas and rubber-coated bullets at the crowd when some protesters, most of them supporters of cleric Moqtada al-Sadr, tried to force a cordon and reach Baghdad's fortified Green Zone.

"There were seven dead as a result of the violence. Two of them are from the security forces and the other five are protesters," a police colonel told AFP on condition of anonymity.

He said more than 200 were hurt in the chaos. Most were protesters suffering from tear gas inhalation, but at least 11 had more serious injuries caused by bullets and tear gas canisters.