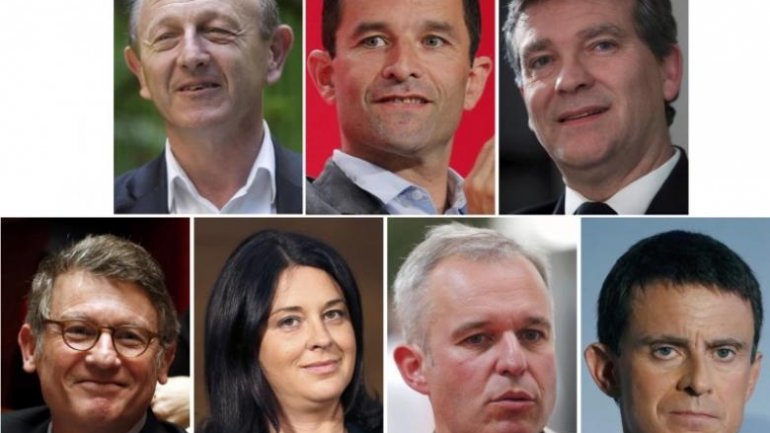 Seven candidates will run in next month's French left-wing primaries seeking to win the nomination for next year's presidential election, the organizers said on Saturday, informs Reuters.

With President Francois Hollande having said this month that he would not seek re-election, his former prime minister Manuel Valls is seen as the leading contender to win his party's nomination.

The primaries, organized by the Socialist party, include four candidates from the party, two ecologists and a representative from the Radical Left Party. They will be held on Jan. 22 and Jan. 29, before presidential elections in April-May.

Valls, who announced his bid days after Hollande stood down, is challenged by former economy minister Arnaud Montebourg and former education minister Benoit Hamont, who both resigned from Hollande's government in protest over what they said was a too liberal economic policy.

Anyone willing to pay 1 euro and sign a declaration that they share the values of the Left can take part in the primaries.

Polls indicate that there is little chance of any Socialist candidate preventing a run-off next May between conservative Francois Fillon and the far-right leader Marine Le Pen.

Unlike 2012, when Hollande had managed to rally green and far-left parties behind him, the French left is highly divided after Hollande alienated his allies and many in his own party with his pro-business policy shift in mid-term.

Another of Hollande's former economy ministers, Emmanuel Macron, is not taking part in the primaries and is making an independent bid.